It is with great sadness that the Board of Directors of Natural Carbon Pty Ltd announce the death of its esteemed board member, Phillip Toyne AO.

Upon its formation in May 2014, Natural Carbon announced the signing of an agreement with Pormpuraaw Aboriginal Shire Council and Olkola Aboriginal Corporation to conduct savannah burning on their 13,000 square kilometres in Cape York to comply with the Federal Government’s Carbon Farming initiative. This program represented a major step forward for the Olkola people. It opened a door for their younger generation to work on country with their elders strengthening their traditional law and culture.

“It is a great pleasure for our company to be able to originate the first large scale carbon farming projects on Cape York with traditional owners. We see many benefits in greenhouse gas reduction, biodiversity protection and reinforcement of traditional culture flowing from these projects, which should be apparent over many years that the savannah burning activity can be conducted. This represents an exciting development in North Queensland and can be replicated in many other parts of the Cape,” said Phillip at the time.

Phillip Toyne was a man of passion and vision who relentlessly pursued the causes he believed in. He died on Saturday after a long struggle with cancer with his family by his side.

We extend our heartfelt condolences to his wife Molly and sons Jamie, Atticus and Aaron.

Tributes for Phillip Toyne, the quiet giant of environmental leadership
The Fifth Estate 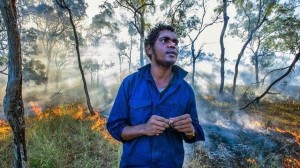 The Olkola people are scattered across the country but Aboriginal elder Michael Ross wants them to come back home.

The cattleman is confident more of his people, a clan of about 500, will begin making that journey after the Olkola Aboriginal Corporation won a seven-year contract in the federal government’s first emissions reduction auction last month

Read the full article published in The Australian, May 19, 2015 – Burning ambition rewarded with carbon cash

Last week one of the biggest land handbacks in Australia’s history took place in North Queensland. Ancestral homelands on the Cape York Peninsula are being returned to the Olkola people, bringing an end to more than two decades of campaigning and negotiation.

After being locked out of their traditional lands for almost a century, the handover is a chance for the Olkola people to return to country, to protect it, and to create economic opportunities for current and future generations.

The handover has been widely covered in the media.

Back to country gives the outback a new lease on life 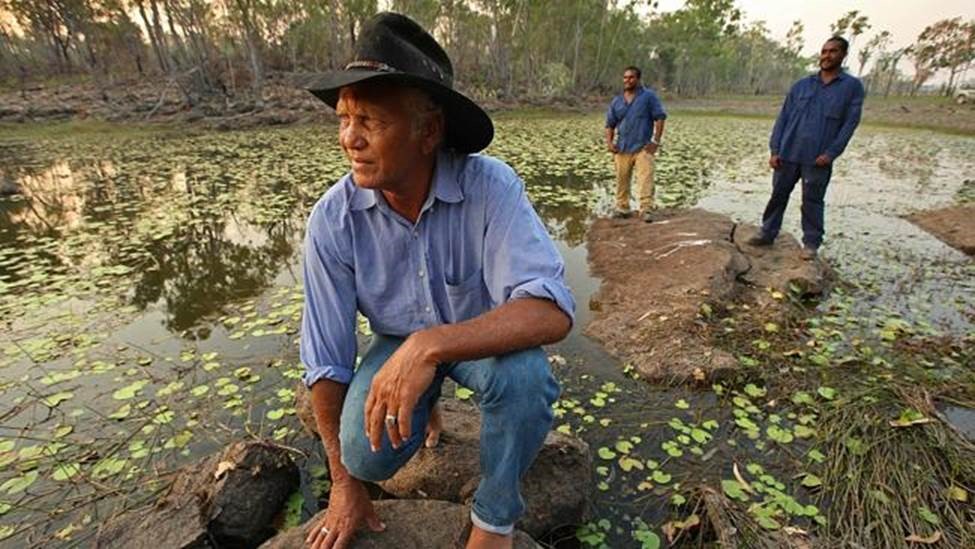 AFTER a two-decade struggle, Michael Ross is about to become one of the biggest land barons in Queensland.

Widely known as the “barefoot chairman’’ for his lifelong dislike of shoes, the cattleman and head of the Olkola Aboriginal Corporation will control 850,000ha in central Cape York after the state-federal funded purchase and handover of five pastoral leases, expected in December.

It is the latest of 50 million hectares across Australia to become owned and managed by clans as national parks, indigenous protected areas or ¬Aboriginal freehold in the past decade.

For Ross, in his 70s, and with the Olkola locked out of their traditional lands for almost a century, the transfer will finally allow his people to return to country — to make money out of it, repair it and protect it.

The Olkola will mix traditional ways with the latest technologies and market opportunities to provide jobs — through cattle, carbon farming and tourism — and fund land management across the area, to be split into national park and Aboriginal freehold.

“We are using the early-burn methods of my mother’s people to reduce the level of wild fires across the region, and to bank that as carbon credits,’’ Ross said. “We will get paid for smoke that doesn’t go into the air; it sounds silly but the old knowledge is starting to pay off in new ways.’’

The Olkola and other clans, such as the Wik on the western side of Cape York, who run ¬cattle, carbon farm and have a ranger program, are leaders of a resurgence in the 50,000-year-old approach to sustainable land management.

A peer-reviewed study by research and public policy organisation Pew Charitable Trusts has deemed the return to working and living on the land as critical to the conservation of the outback.

The study, “The Modern Outback: Nature, People and the ¬Future of Remote Australia’’, has also sought to redefine the outback as extending well “beyond the black stump’’; to cover 73 per cent of the continent, including the rainforests and wetlands of Cape York Peninsula.

Released next week in Canberra and the first in a series of “Outback Papers’’, the study ranks the diverse 500 million sq km landscape alongside the Amazon Basin, the tundra of Alaska, Canada and Siberia and the Sahara.

Co-author Barry Trail said the outback stood out in a world where most of the land surface had been modified.
“The outback is one of the few remaining large natural regions where ecological processes function normally, where the rivers still flow and wildlife still moves across the landscape as it has done for a millennia,’’ Trail said.

Instead of kicking populations off endangered ecosystems around the world, Trail says ¬people are needed to protect the outback. “The landscapes of much of the outback need more people living and working on them to thwart the series of deeply entrenched threats,’’ he said.

“We need to manage fire, control feral animals and noxious weeds, and implement conservation programs that maintain wildlife (and) protect the general health of the environment.’’

It is a sentiment echoed by Ross, who despairs at the welfare dependency at Cape York, saying the environment and his people benefit from the program. “The only way to respect the land is to be on country — you can’t do it from town and it means the younger generation develop the connection, have work and both supports the other.’’

The Olkola project is now under way. Josh Harris and Isaac West from the Natural Carbon team met last week with the Olkola Corporation Board and Rangers to discuss implementation of the project. 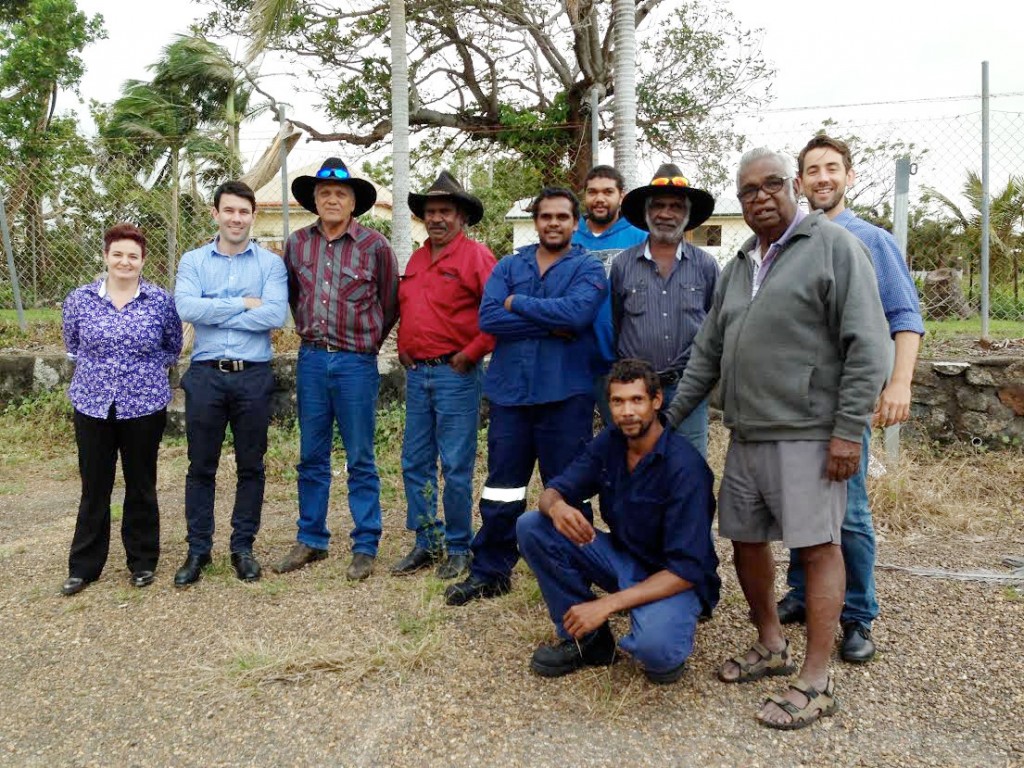 May 12, 2014 · Comments Off on Large-scale savannah burning project on Cape York signed

The savannah burning carbon farming activity involves Aboriginal traditional owners burning early in the dry season in planned mosaics across the country. This has the effect of preventing the large wildfires late in the dry season, which have become a regular feature of recent decades. The difference will be the amount of green house gases given off by the traditional mosaic burning compared to the far more frequent and substantial gases given off by wildfire. This difference is what can be traded under the Federal Government legislation.

Mr Edward Natera, CEO, Pormpuraaw Aboriginal Shire Council said “This is a really exciting opportunity for our community to secure ongoing funding for our homeland outstations and create a long term economic opportunity for employment, when few are available in indigenous communities in remote areas.”

Michael Ross, Chairman, Olkola Aboriginal Corporation said “Establishing a carbon business is a major step forward for the Olkola people. It’s opening a door for our younger generation to work on country with their elders and strengthening our traditional law and culture. Working with our neighbours to manage fire, one of the major threats on Olkola country and Cape York is moving in the right direction.”

Phillip Toyne, a director of Natural Carbon, said “It is a great pleasure for our company to be able to initiate the first large scale carbon farming projects on Cape York with traditional owners. We see many benefits in Greenhouse Gas reduction, biodiversity protection and reinforcement of traditional culture flowing from these projects, which should be apparent over many years that the savannah burning activity can be conducted. We are excited at the prospect of working closely with each community, with them providing on the ground ranger burning programs and Natural Carbon helping with regulatory compliance and with the sale of the carbon credits. This represents an exciting development in North Queensland and can be replicated in many other parts of the Cape.”

The intention is to start burning activities in the period to 30 June and planning for this is already well underway. Appropriate savannah burning for carbon will become an annual activity through this joint venture.

Established in 2014, Natural Carbon Pty Ltd is a joint venture of EcoFutures, Climate Friendly, South Pole Carbon, McCullough Robertson and Object Consulting. Natural Carbon brings together global experience and expertise across the full carbon project cycle – from concept to sales, providing a one stop shop for entities seeking to generate alternative revenue streams in a climate friendly way. The company works with indigenous groups, farmers, and other land managers to achieve long-term economic and environmental benefits to their communities. Natural Carbon also works with leading organisations ready to reduce their environmental impact. 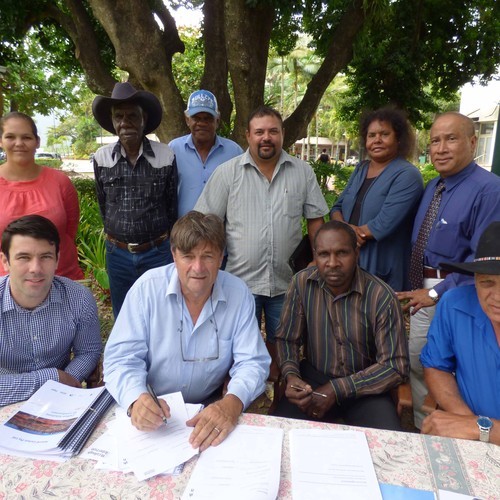 Click on the link below to listen to the ABC Far North Queensland interview on the announcement.

Australia’s climate change policy is in a state of flux with the Federal Government keen for the carbon tax to make way for its Direct Action Policy. While repeal of the carbon tax appears imminent, the introduction of direct action and the Government’s much touted Emissions Reduction Fund has met resistance from a number of sources, including those holding the balance of power in the newly formed senate.

This means there is considerable uncertainty over the future carbon price. For those in the resource sector, agribusiness or significant landholders, there is undoubtedly hesitance over whether to invest in the opportunities to be rewarded for carbon abatement activities, either through more energy efficient methods of doing business, or generating carbon credits on their land under the Carbon Farming Initiative.

McCullough Robertson is pleased to present an update on Australia’s carbon policy and what may lie ahead for those looking to benefit from the policy changes, new methodologies or are simply concerned to avoid carbon liability.

will join Partner Isaac West and General Counsel Phillip Toyne to provide an overview of:

More information about the guest speakers.